Alber Elbaz is one of the world’s most influential designers. For this  Lancome Alber Elbaz Makeup Collection Summer 2013 he was inspired by women and a sense of luxury and femininity. He was born in Morocco and lived around the globe and finally found his home in Paris France. His new collection was inspired by fashion runways and all the glam and beauty that comes with attending a show. Lancome’s  Hypnose palettes were inspired by Parisian women and the way they put on makeup, on the go. So they are in need of one palette that contains everything that one women might need. The new Lancome Alber Elbaz Makeup Collection Summer 2013 will be available from June 15 2013.

Lancome Alber Elbaz Makeup Collection Summer 2013 is all limited edition due to the most beautiful and unique packaging thanks to the one and only Alber Elbaz. I hope that you enjoy the pictures I know that I have. Also, make sure to check out my Lancome Alber Elbaz Collection Beauty Event coverage. There is even a Lancome Alber Elbaz pop-up makeup book that is to die for and I did a unboxing video od the makeup goodie bag that I got from Lancome.

The 4 mono eyeshadows will be available in the same design and packaging as the palettes. They will come in shades of pink, blue, golden peach. 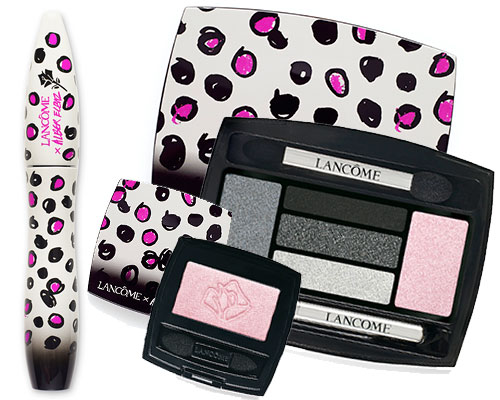