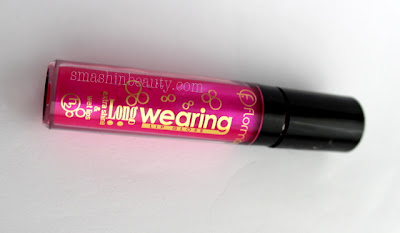 Flormar Cosmetics has sent me a few samples. I was really pleased since I am very pleased with the products that I have bought in the past, such as the Neon eye shadows. I also have 2 other palettes from Flormar Cosmetics that will get their own post. In the blog post, I will show you what samples I got from Flormar but I will write a post on each product individually this week. I have been testing the products and comparing them with other similar products that I got. The first product that I decided to review is Flormar Cosmetic Long wearing lip gloss. Flormar  long wearing lip gloss with extra shine and wet lips effect was put to the test. The lip gloss is available in 17 shades. The characteristic of the products are; super shine, no oily or tacky feel, good adherence, comfortable texture. With Flormar Cosmetics lip gloss the lips appear sophisticated amazing shine and fuller. It’s creamy and long wearing. The lip gloss glides on and has a combination of special pearly and dimensional effect what makes the lips seem fuller. The lipgloss sounds promising, so let’s look at the pros and con of Flormar Cosmetic’s long wearing lip gloss. 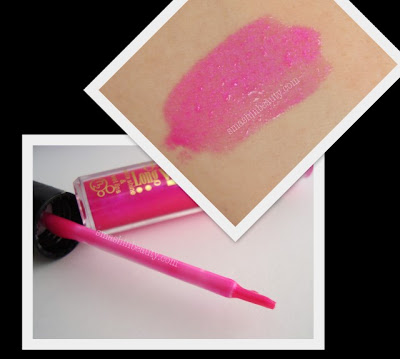 Flormar lip gloss positive features. I do agree that this might be one of those rare lip glosses that isn’t tacky nor is it oily. With this lip gloss a little goes a long way. The lips really do seem fuller and puckered and they have extra shine to them. Flormar’s lip gloss makeup feels smooth on the lips. I have shade L409, its kind of a hot pink shade that has a bluish under tone to it. This shade has some minuscule glitter in it, they aren’t visible. I applied a thin coat of lip gloss and tested it’s long wear power, it was about 3 hours. The packing is good size and the application brush is decent. Over all, Flormar Cosmetics lip gloss is quite good.

Flormar lip gloss con list is what most of my readers want to read. The lip gloss has a small “what I didn’t like list” even though I personally do not wear lip gloss since I prefer a matte finish on my lips since my lips are quite big and full as is. The lip gloss has these minuscule glitters. The glitter which are in the lip gloss aren’t to visible but you can see them. After applying the lip gloss I can feel them on my lips. When putting Flormar Cosmetics lip gloss to the test on how long it lasts, I applied a small amount on my lips as if I were going to work amount, and ate nor drunk anything in the process. The lip gloss last 3 – 4 hours max. Due to the glitter in the lip gloss I kept pressing my lips together every few minutes or so. Is the lip gloss long wearing? I find that 3 – 4 hours is good since I usually drink and eat within those 3 – 4 hours and would have removed the gloss anyways. In the end these cons for Flormar Cosmetics’s long wearing lip gloss aren’t as bad as I have seen with other glosses.