Beauty at all cost 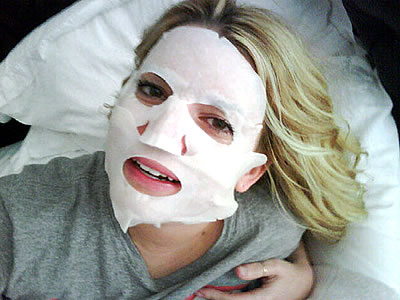 The Price of Beauty with Jessica Simpson

A deadly beauty trip at the beauty salon

If you want to feel papered or if you want to feel rejuvenated then you treat yourself to a spa or salon. We all know that sometimes, especially when trying out a new spa, things can go wrong, resulting in infections, scars, irritation and shockingly enough death! While 99% of every treatment you get at a spa is safe, there is that super small chance that you can get a seriously hurt or even death. I think I gotta stop using the word death since it might be scaring someone. Always be careful when going to a new spa or salon make sure that they know what they are doing and that they are a licensed to do whatever they are doing. So here are a few things which I am going to write about that can have deadly or very serious results at a spa or salon.

Most people are praising and thanking the gods for the laser hair removal treatments. I myself haven’t used it yet. In most cases, this is a very safe procedure that preformed by licensed and trained professional. However, there are some sides effect from the laser hair removal treatment. If the treatment is not done in the correct, safe and hygienic way it can result in skin damage, bacterial infections and permanent scarring, horrible! When the skilled professionals apply the topical anesthetic during the hair laser removal process it can be dangerous. A young woman 22 when in for a simple hair leg laser procedure and  ten days later she died. The skilled professional applied a gel on the young woman’s legs, a few hours later the woman had a seizure and feel into a coma and died due to a brain damage. The salon where the young woman went used a highly potent lidocaine-tetracaine combination that killed the young woman.  Sadly this hasn’t been the only case when it came to death and laser hair removal.

Botox can spread and kill you

What is botox? Botox is, well, a poison in short! Botox is a produced by the bacterium Clostridium botulinum. If used in large doses it can have deadly effect, this is why they are administrated only by doctors, well at least in Europe. When botox starts to wear down (or even when it’s injected) it can start to spread to other parts of your body. What can result in serious side effects, but this rarely happens since the amount which is use it only for cosmetic purposes. What I can advise is that if you want to get Botox treatments make sure to consult with a doctor first. The persona administrating or injecting the Botox into your skin my have the required qualifications or license to perform the injections. Make sure that they are using real Botox from Allergsn and that they are using sterile tools. So, if the “shop” looks dirty, LEAVE! If you experience any side effects such as, you have a hard time breathing or swallowing or your have a slurred speech seek immediate care and get yourself as soon as possible to the ER.

Each year most woman spend  hundreds of dollar to get that sleek and shiny hair. This is why I got myself a flatting hair iron. The latest trend in the hair industry is the Brazilian Blowout. This Brazilian Blowout gets you that sleek and shiny hair for about 30 days. Sounds unbelievable but it’s true. Except for being an expensive treatment it can also ask for a small fee such as your health. In some salons across the US, hair salon employees and customers are forced to wear gas mask during the whole procedure. Why? The products which are used to treat the hair have dangerous levels of formaldehyde. I recently wrote about Kristin Chenoweth and her horrible lash extension disaster due to formaldehyde. This fluid is used by funeral homes, or as Kristin Chenoweth would say “dead people juice!” The usage of formaldehyde can cause serious allergic reaction and can cause cancer.

Beautiful nails at all cost

When going to a beauty salon and when getting your nails done, either a manicure or pedicure, this is THE perfect place for you to pick up some friendly fungal or bacterial infection and even MRSA, yes MRSA! After this one experience where a few of my friends pick up a fungal infection after their pedicures, not at the sam salon, I decided to not go to salons for a pedicure anymore. I just do not trust that the beauticians sterilize and keep the tools germ free good enough. I am not saying don’t go get pedicures  but rather check the general cleanliness of the salon. Read about the consumer safety guidelines for nail salons, you can also do the same when it comes to beauty salons. Due to poor cleanliness of a nail salon Mrs Jackson paid the price with her life. The nail salon which she visited was not following the regulation for disinfecting their tools and appliances. Mrs Jackson got a simple cut on her heel from a pumice stone what resulted in agony, pain and in the end death! If after your pedicure you notice any swelling or infections, seek medical attention immediately!

Many people dye their hair at home or at hair salons. Most people get no allergic reaction to it and are fine. But again most people never test the home dye kit that they buy at their local drugs store, admit it neither do you! After reading this you might think twice before you dye your hair. Tabatha McCourt, 17, dyed her hair and had a sever allergic reason to p-Phenylenediamine (PPD) what resulted in death! Their have been a lot of cases where it has nothing to do with the hair salon but rather when the chemicals which are found in the hair dye. If you are changing brand or a hair salon, ask the hairdresser to test the hair dye. The chemical PDD is almost in all hair colours according to the European Scientific Committee on Consumer Products. The chemical PPD is use to fix the color to your hair. The darker the color the more it contains PPD. EU laws permits PPD in hair dyes at specific levels and if a hair dye contains PPD it will have a warning label. In some country such as Germany the chemical        PPD has been banned.